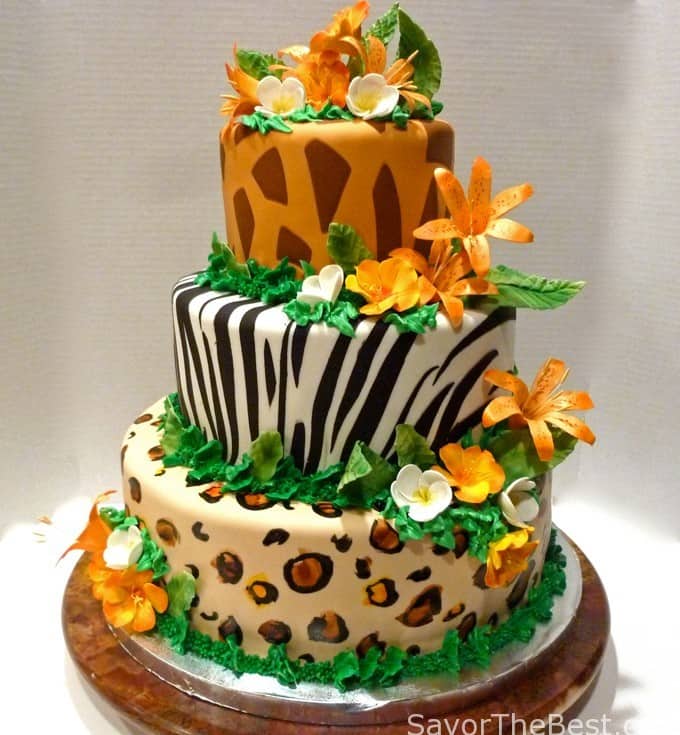 This tropical jungle cake design was incredibly fun to create. I got my inspiration from a zebra print cake design on Cake Central . Instead of doing all three tiers in a zebra print, I made the top tier a giraffe print and the bottom tier a leopard print. Each tier of the cake is composed of two layers of chocolate cake filled with a cheesecake then frosted in Italian Meringue Buttercream and covered with fondant.

This was definitely one of the most time-consuming cakes to make since it involved making three tiers of chocolate cake as well as making the cheesecake for the center of each tier. The cheesecake had to completely cool before I could assemble the cake so I made them one day in advance.  The chocolate cakes were made 3 days in advance and frozen which actually made assembling the cake much easier. 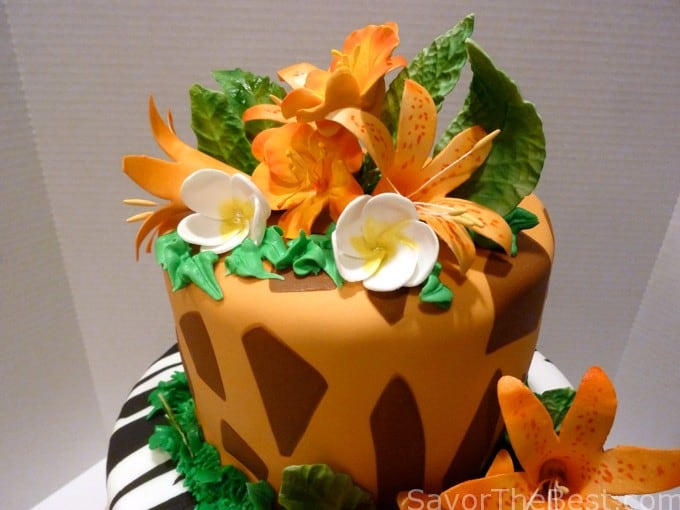 For the giraffe and zebra designs, I used a technique that I learned from sweetwise by pressing the design between two layers of their vinyl Mat. This gave the design a smooth, seamless look. For the leopard design on the bottom tier, I decided to paint the design on with food coloring.

I made the tropical flowers two weeks in advance with sugar paste. Bakingdom has a nice tutorial on making frangipani flowers . For the lily flowers (as well as the frangipani’s) I used the cutters and tools that came in my gumpaste flower kit. 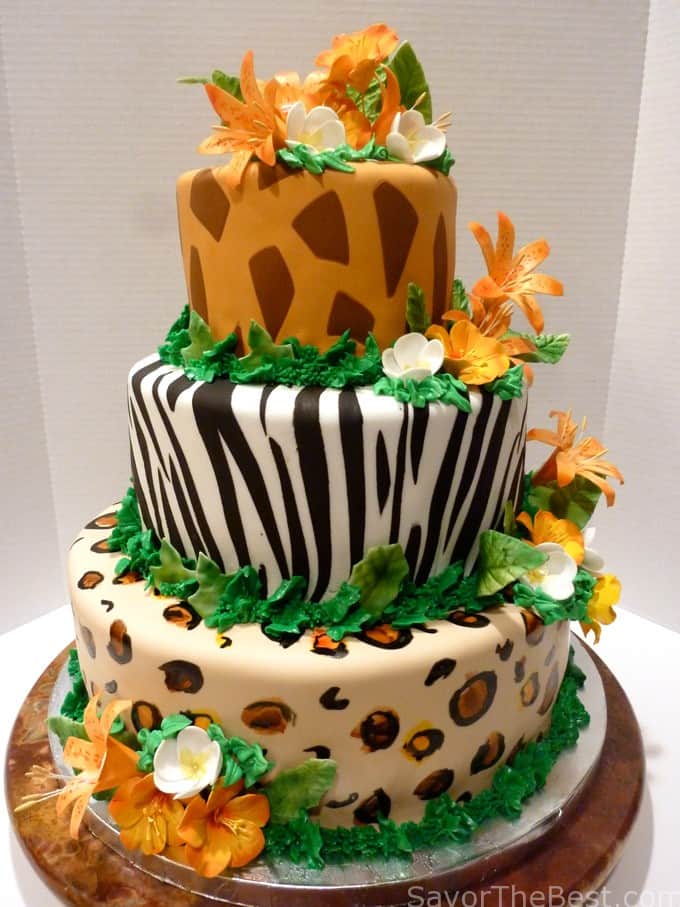 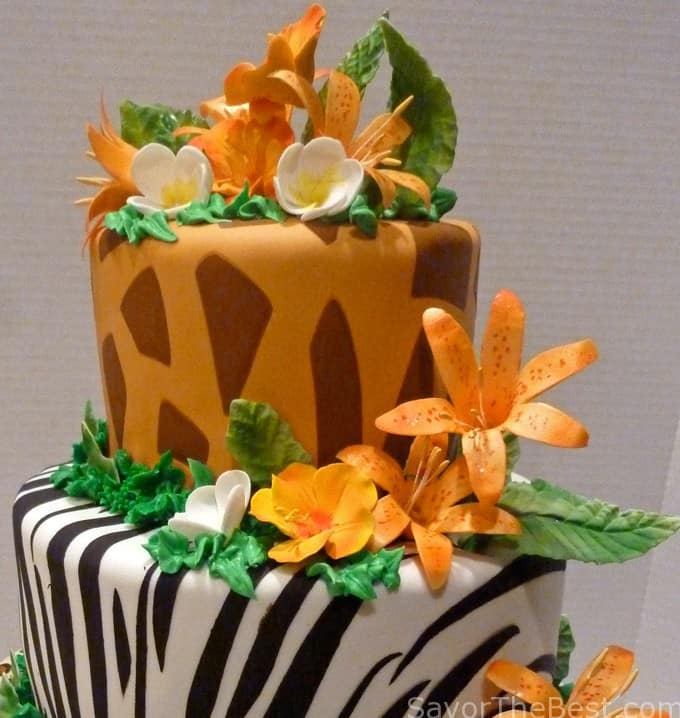 We are Pat and Dahn, a mother and daughter team who live in the  Pacific Northwest. We spend  most of our time together in the kitchen, the busiest room in the  house. We love to cook, bake, entertain and develop new recipes  for our readers who share our passion for delicious, from-scratch food. We developed Savor the Best in 2013 to help inspire readers to enjoy their kitchen, grow their culinary skills, and savor good  food every day.
Previous Post: « Pea Shoot, Mint, Carrot Salad with Creamy Lemon Vinaigrette
Next Post: Mashed Red Potatoes with Horseradish » 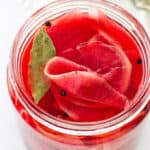 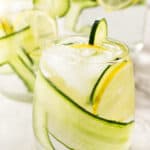 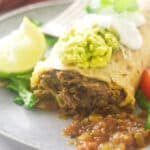 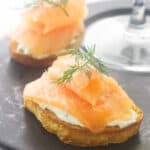