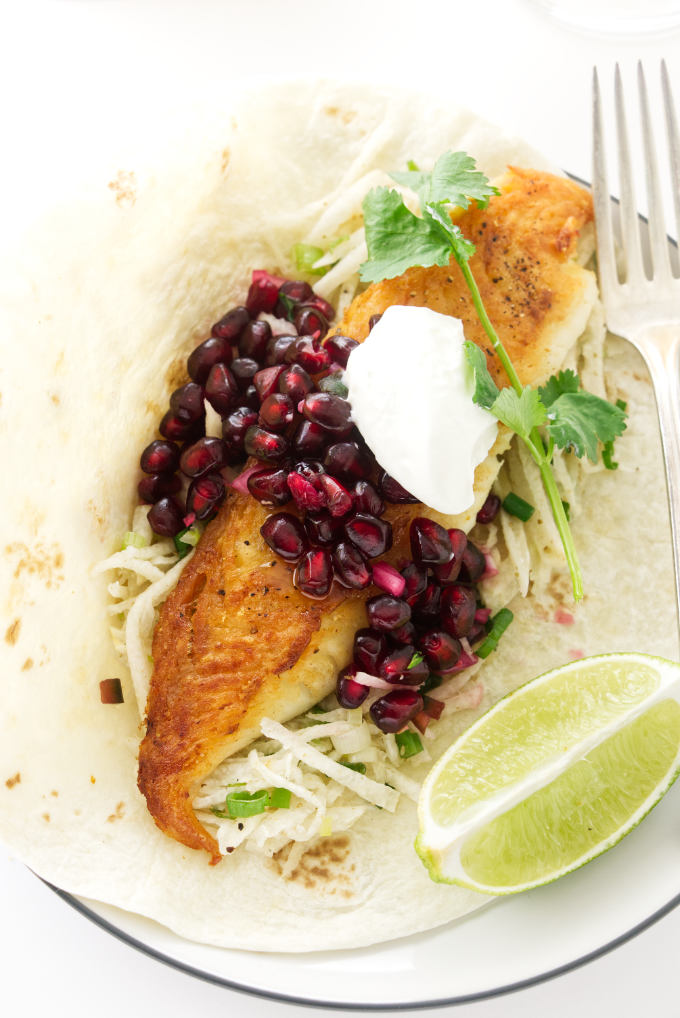 Get ready for a delicious fusion of flavors! These fish tacos with pomegranate salsa are the best of both worlds- sweet and zesty with a satisfying crunch. Tender tilapia on a warm corn tortilla is topped with a crisp jicama slaw and sweet pomegranate salsa. It’s a spin on the traditional taco night that we know you’ll love!

This is a delicious, winter-inspired fish taco recipe, but it’s also versatile enough to work any time of the year. While these tilapia fish tacos are sublime with our sweet and crunchy pomegranate salsa, if pomegranate is not in season, swap in your favorite salsa instead.

Our fish tacos with pomegranate salsa is the perfect Taco Tuesday dish, and a break from regular beef or chicken tacos. It’s fresh and light and but it packs the same kind of flavor punch that makes a good taco.

How to Make Fish Tacos:

For this tilapia fish taco recipe, you can prepare the pomegranate salsa and jicama slaw a bit ahead of time, either breaking up the meal prep by making the two sides a few hours in advance or even the day before. Choose whatever works best for you!

This fish tacos recipe calls for:

To make these fish tacos with pomegranate salsa, we like to break up the process into four steps: make the pom salsa, prepare the jicama slaw, then cook the tilapia fillets and assemble the fish tacos.

Here’s the quick gist of the process, but be sure to scroll down the the recipe card at the bottom of the page for all the details. You can also check out our pomegranate salsa recipe and our jicama slaw recipe.

These fish tacos with pomegranate salsa make a light and tasty meal that’s winter-inspired yet still full of freshness!

For the Pomegranate Salsa:

For the Jicama Slaw:

For the Pomegranate Salsa:

For the Jicama Slaw:

To Cook the Tilapia Fillets:

Place the fish fillets on a plate, pat with paper towels to remove surface moisture.and sprinkle them with salt and pepper.

Set a skillet over medium heat, add the oil and when it is hot but not smoking, add the fish. Do not crowd the pan, work in batches. Cook the fish for 2-3 minutes until a crust forms on the bottom.  Do not move the fish until a crust forms! Flip the fish over and cook for an additional 2 minutes.

Tip: After placing the fish in the hot skillet do not move it, once the crust forms it will release from the pan easily.  To check if it has formed the crust and is ready to flip, give it a gentle nudge with your spatula.

While the fish is cooking, wrap the tortillas loosely in a dampened kitchen towel and place in a microwave and zap at 30-second bursts until warm and pliable.

Place a warm tortilla on each of four plates and add 1/2 cup of jicama slaw and one fish fillet.  Spoon 1/4 cup of pomegranate salsa on the fish and add a dollop of sour cream.  Garnish with cilantro sprigs and lime quarters.

How to remove arils from pomegranates:

Pat the fish with paper towels to remove surface moisture. This will help with a good crisp crust.

The fish fillets will be easier to turn if you cook the fish in batches so as not to crowd the skillet.

Let a crust form on the bottom of the fish before turning, otherwise it will stick and leave a chunk of fish on the skillet. Once the fish forms a crust it will release by itself.

Wrap unused jicama in plastic wrap and keep refrigerated for another use. 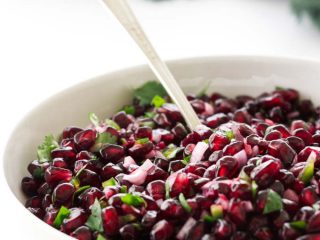 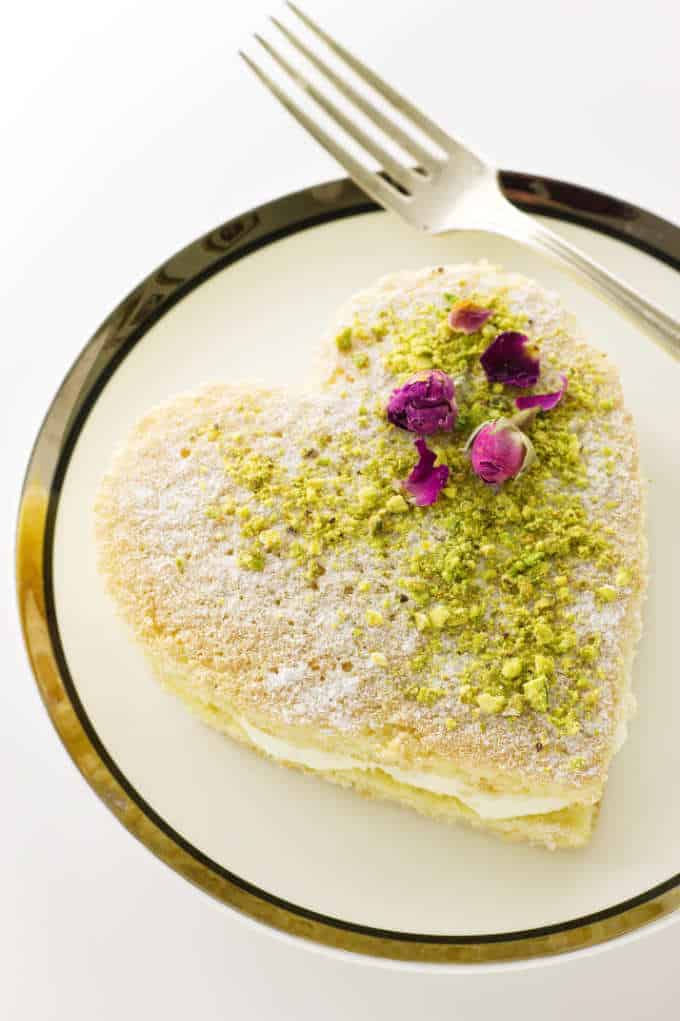 What a splendid meal! That fish is so perfectly crunchy. Angie http://angiesrecipes.blogspot.com

Thank you, Angie...It is a super crunchy crust and a delicious fish taco.