Late Saturday afternoon, Don had a spur-of-the-moment idea that we go for a drive to the Olympic National Park the next day right after church.  And, why not take a picnic lunch and a nice bottle of wine?

Sounded good to me!  The weather forecast said that it would be in the 90’s and that is hot for Western Washington.  Great day to get out of the house.  Besides, Don has been working hard all week ripping off the front deck, repairing some dry-rot and now he has next week to put a new deck-top on.  What a guy!  He deserves a break.

Ok, the event is planned, now what will the picnic be……I sorted through my fridge and found some celery, red onion and preserved sun-dried tomatoes, not much else as it really was time to go shopping.  Finally, I decided on a pasta salad as I found half a box of pasta in the cupboard.  Funny shaped little pasta swirls called Trottole.  There has been an unopened jar of chipotle mayonnaise in the cupboard that was an “impulse buy” a couple months ago so this was a great time to try it out.   Little by little this salad was coming together, add a little fresh herbs and some left-over grilled chicken and, bam!  We have pasta salad.

We found a great picnic spot near Lake Quinault and as we were digging into our lunch Don said, “This sure beats working on that …. deck!”.

We are Pat and Dahn, a mother and daughter team who live in the  Pacific Northwest. We spend  most of our time together in the kitchen, the busiest room in the  house. We love to cook, bake, entertain and develop new recipes  for our readers who share our passion for delicious, from-scratch food. We developed Savor the Best in 2013 to help inspire readers to enjoy their kitchen, grow their culinary skills, and savor good  food every day.
Previous Post: « Wild Rice Pilaf with Mushrooms
Next Post: 50th Anniversary Cake Design » 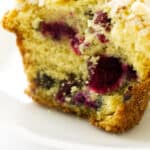 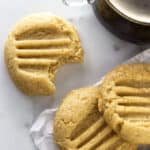