Your dinner guests will go bananas over this dessert of Bananas Foster Bread Pudding with Rum Sauce.  A crisp crust on the outside, creamy banana-y custard topped off with a warm rum sauce. 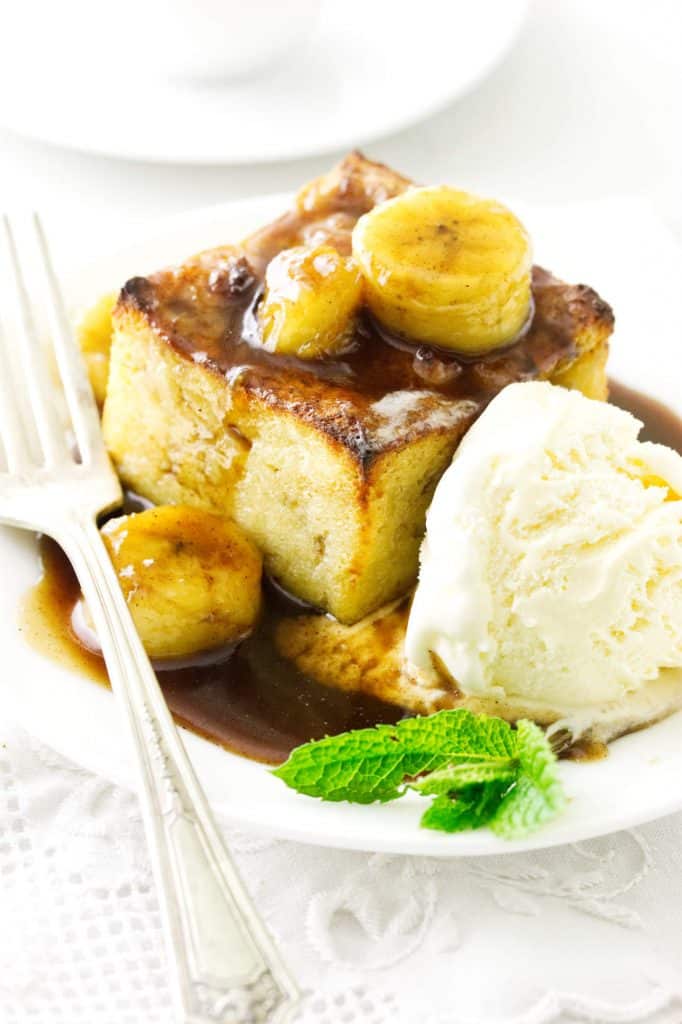 In days past, bread pudding was considered a ‘poor man’s dessert’ and a way to use stale bread.  This rendition is a ‘royal dessert’ made with brioche soaked with a creamy banana custard and crowned with a sweet rum sauce.

Our Bananas Foster Bread Pudding with Rum Sauce is a sophisticated twist on the New Orleans creation of Bananas Foster.  However, it is served with a caveat….”Eat at your own risk” as it is loaded with calories.  But for everything, there is a season and this is the holiday season so abandon your diet and go for it! 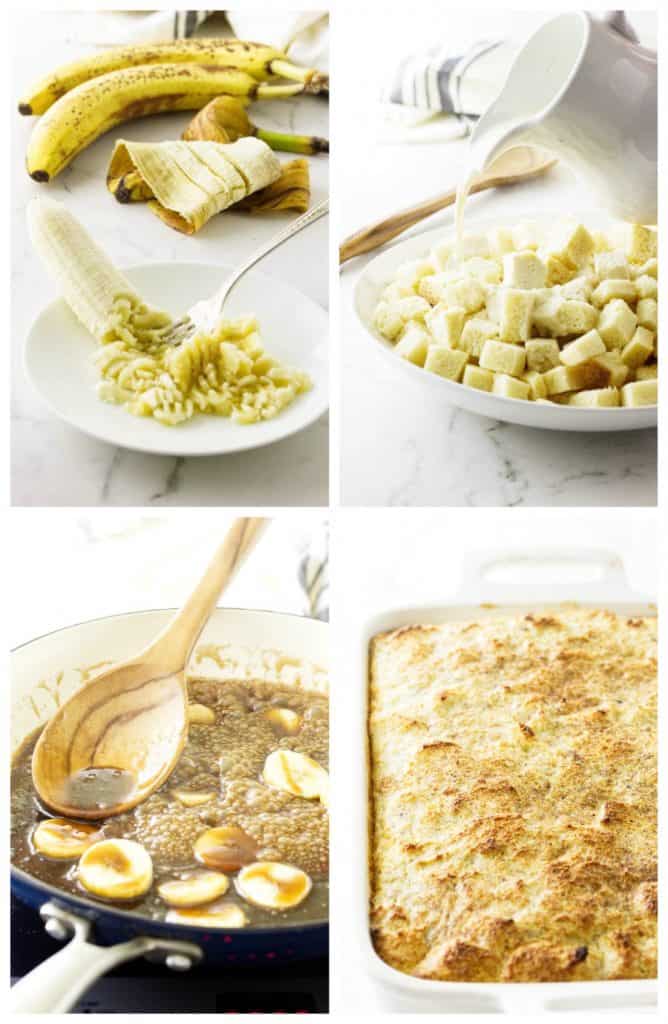 I was inspired to make this dessert when we went to a local restaurant.  The warm bread pudding was cut into a square.  There was a crisp crust surrounding it which appeared suspiciously deep fried.  Then it was topped with the rum sauce and a scoop of vanilla ice cream.

You can imagine the calories in that serving even when shared by the two of us!

Well, this recipe does have a crisp crust on the top, but for the sake of saving a few calories, we are not deep-frying it.

One convenience of serving this bread pudding is that it is made in advance, refrigerated, then reheated and crisped up when ready to serve. 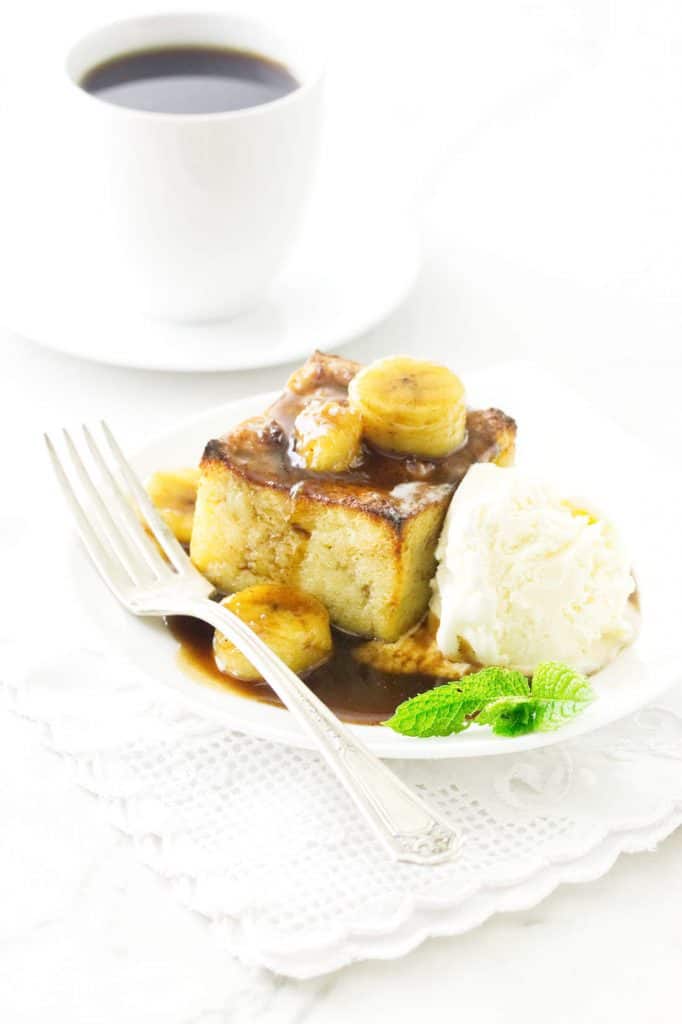 Our Version of Bananas Foster Bread Pudding with Rum Sauce:

We enhanced the moist, creaminess of this fantasy dessert with an entire cup of mashed bananas!

A warm rum sauce with sliced bananas is spooned on each serving and topped with a cool scoop of vanilla ice cream.  This dessert is to die for.

When making bread pudding, there is a wide variety of bread to choose from.  For the pudding base, we wanted the rich, eggy brioche for its slight sweetness and fine texture.  We removed the crust from the slices and cut them into cubes that dried out in a warm oven.

After the bread cubes were dry and cool, a warm cream-milk mixture was poured over them to saturate those bread cubes.

Next, we stirred a custard of mashed bananas, egg yolks, sugar, butter, and vanilla into the soaked bread cubes.  We did keep the sugar to a minimum as that sauce and ice cream will provide all the sweetness it needs.

Since this is an egg-based custard a simple water bath was used to control the temperature for an even baking.  After baking and cooling the bread pudding was covered with plastic wrap and refrigerated. 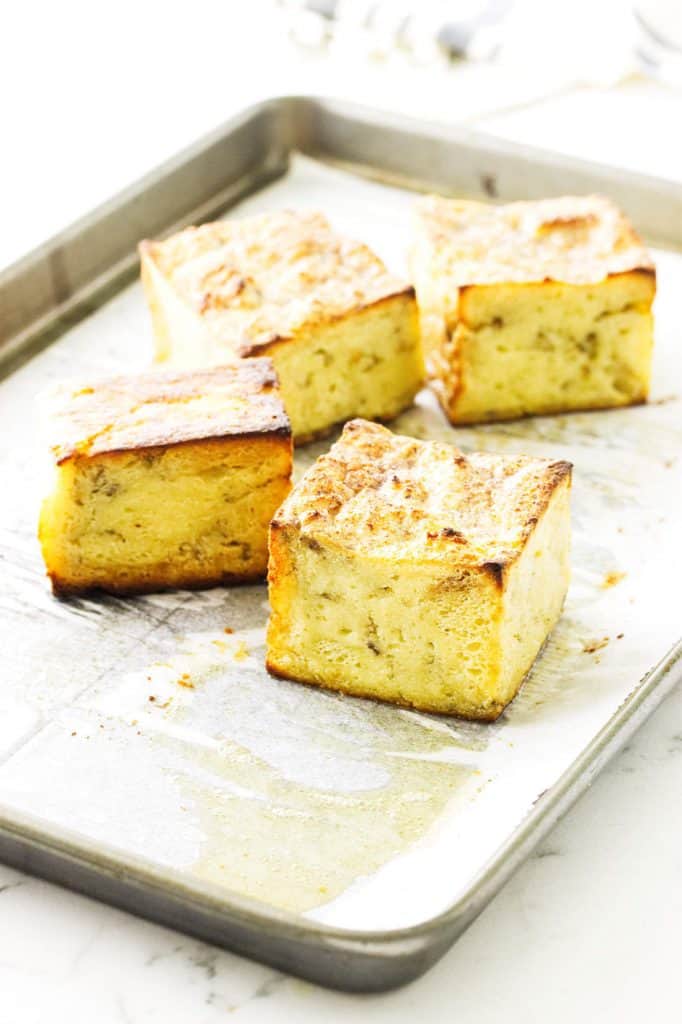 When ready to serve, we sliced the pudding into squares, placed on a baking sheet and toasted it in a hot oven.  While the squares were toasting, the simple rum sauce was cooked with sliced bananas.

Finally, we spooned the warm sauce over each dessert and topped it with a scoop of vanilla ice cream. 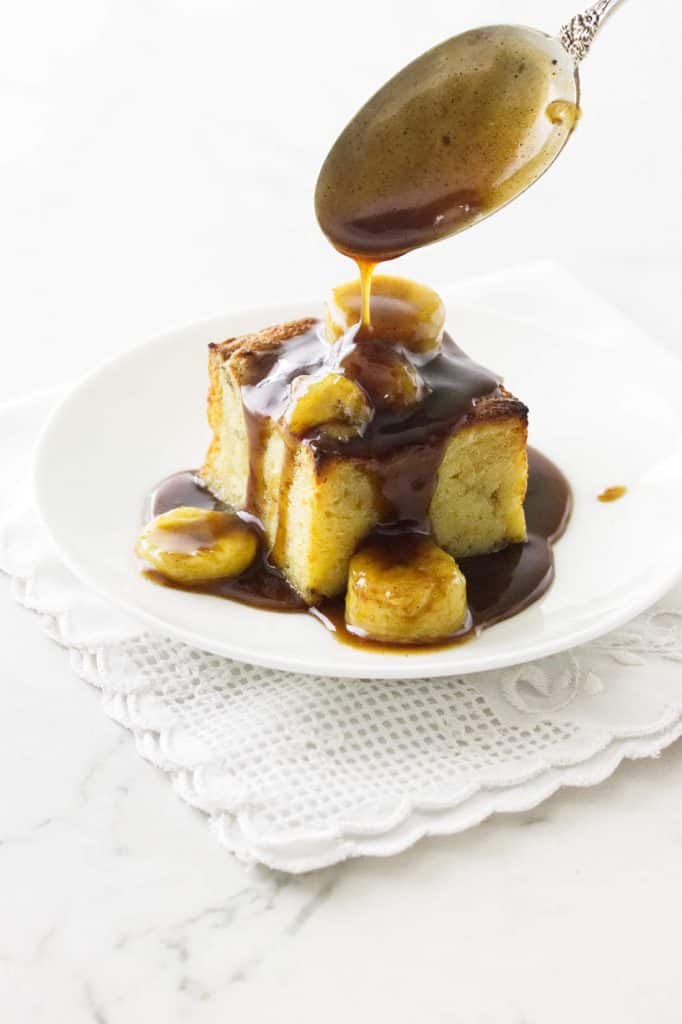 Spoon on that warm rum sauce!

Another serving option is to skip the refrigerating and reheating process and to serve the bread pudding directly from the oven with the rum sauce over the top and a scoop of ice cream.  However, that crisp crust on those moist, creamy banana squares tastes so good! 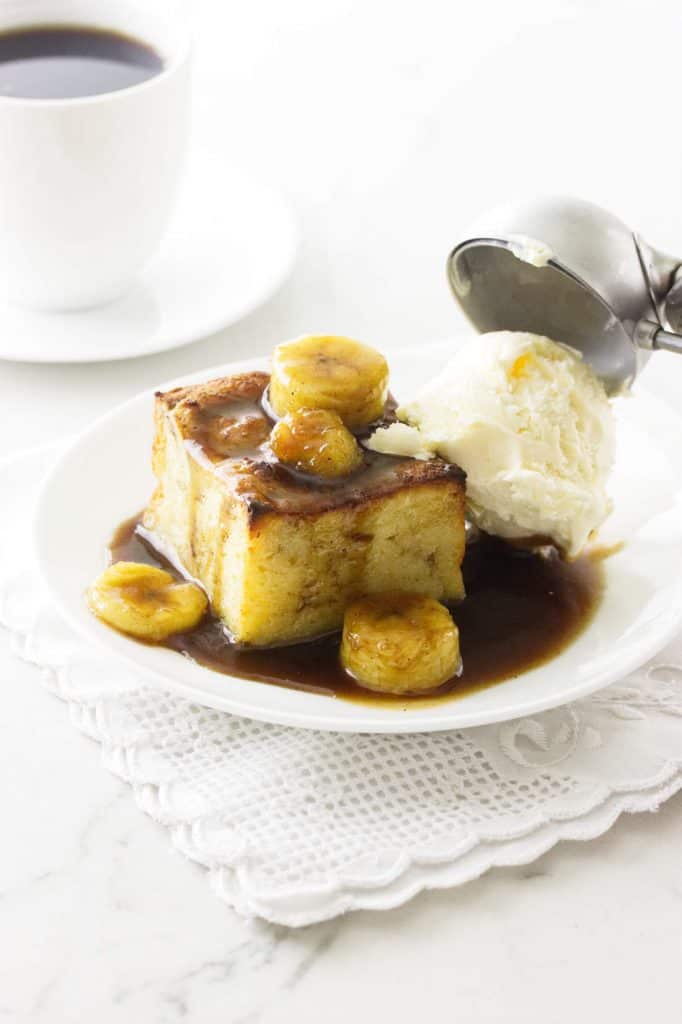 You’re going to love this bread pudding. Make it today and tell us about it.

Check out our Pumpkin Bread Pudding or our Tiramisu for some more incredible desserts.

Have you made Bananas Foster Bread Pudding?

We would love to hear from you. Drop us a comment below or snap a photo and hashtag it to #savorthebest on Instagram.

For The Banana Bread Pudding:

For the Rum Sauce:

For the banana bread pudding: 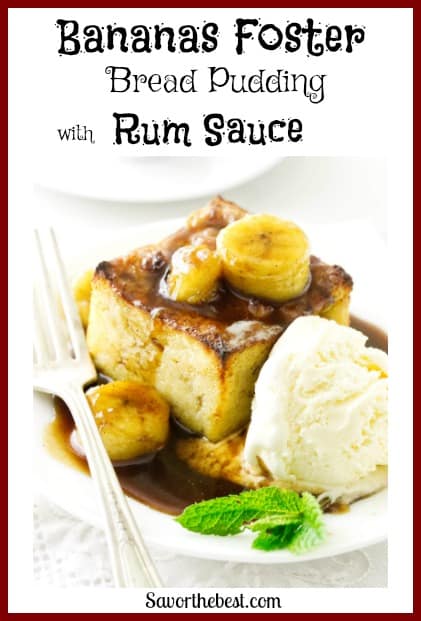 We are Pat and Dahn, a mother and daughter team who live in the  Pacific Northwest. We spend  most of our time together in the kitchen, the busiest room in the  house. We love to cook, bake, entertain and develop new recipes  for our readers who share our passion for delicious, from-scratch food. We developed Savor the Best in 2013 to help inspire readers to enjoy their kitchen, grow their culinary skills, and savor good  food every day.
Previous Post: « Hot Crab Dip
Next Post: Olive and Cheese Pinwheel Appetizers » 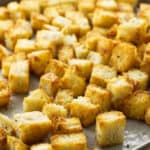 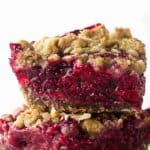 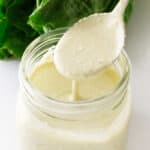 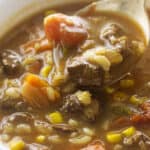