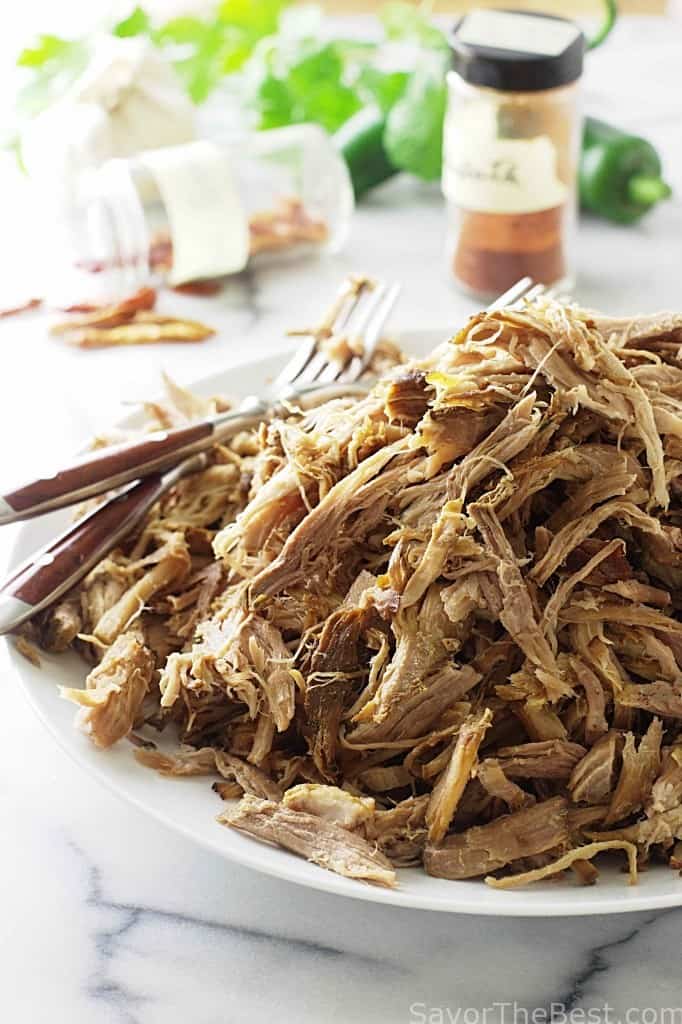 This is a spicy pork recipe with herbs, spices, fresh jalepeno peppers and the canned chipotle peppers for heat and flavor.  We used a nice pork shoulder which at $1.79 a pound was pretty economical and this recipe will yield enough delicious pork to make a batch of enchiladas, some tacos and some yummy burritos.

This recipe is so easy to make, just mix the spices together and rub over the pork then add everything to a Dutch oven or lidded oven-proof casserole dish and slide it into a 250°F oven for about three hours.  As it cooks the pork releases it’s liquid and swims around with the spices soaking up all those good flavors.  And your kitchen will have an awesome fragrance! 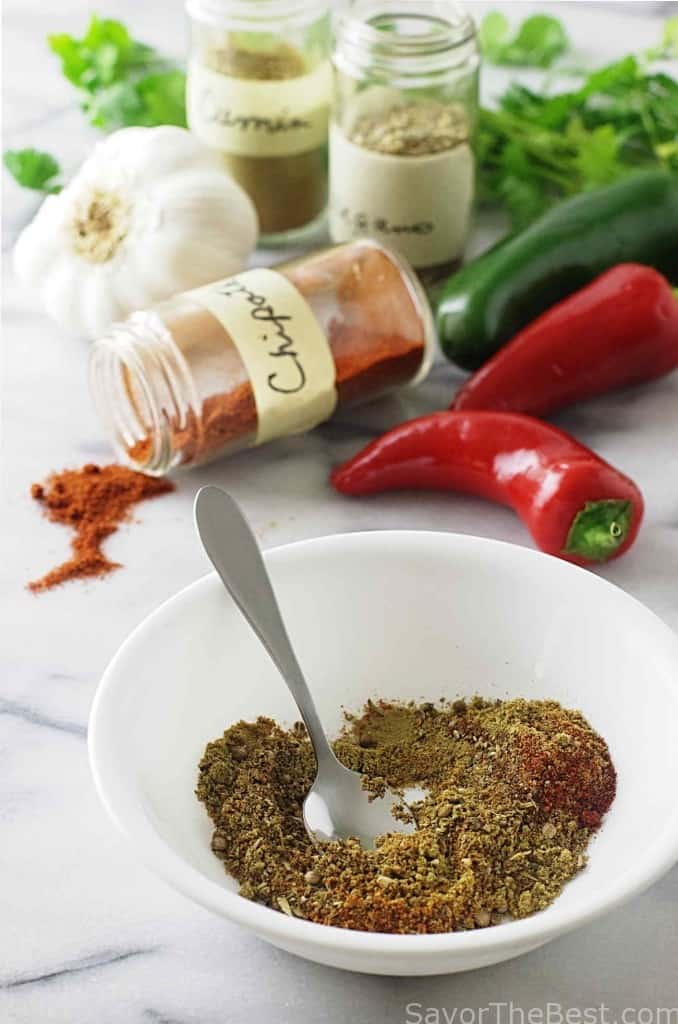 When the pork has cooked to the point it is falling apart, it is transferred  to a large platter where bones and chunks of grizzle are removed and the meat is shredded with two forks.  Now it is ready for tacos or your favorite Mexican recipe.

If you like the crispy bits of meat that is in the Mexican version then just heat up a skillet, add some of the cooking fat and fry the bottom of the pork to a crispy crust.

We are Pat and Dahn, a mother and daughter team who live in the  Pacific Northwest. We spend  most of our time together in the kitchen, the busiest room in the  house. We love to cook, bake, entertain and develop new recipes  for our readers who share our passion for delicious, from-scratch food. We developed Savor the Best in 2013 to help inspire readers to enjoy their kitchen, grow their culinary skills, and savor good  food every day.
Previous Post: « Spicy Tilapia with Wild Rice
Next Post: Ancient Grains Gourmet Crackers » 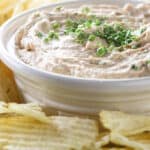 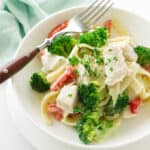 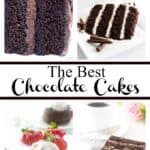 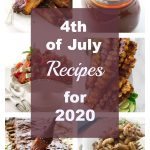