This post may contain affiliate links. Please read our disclosure policy. As an Amazon Associate, I earn from qualifying purchases.
Jump to Recipe 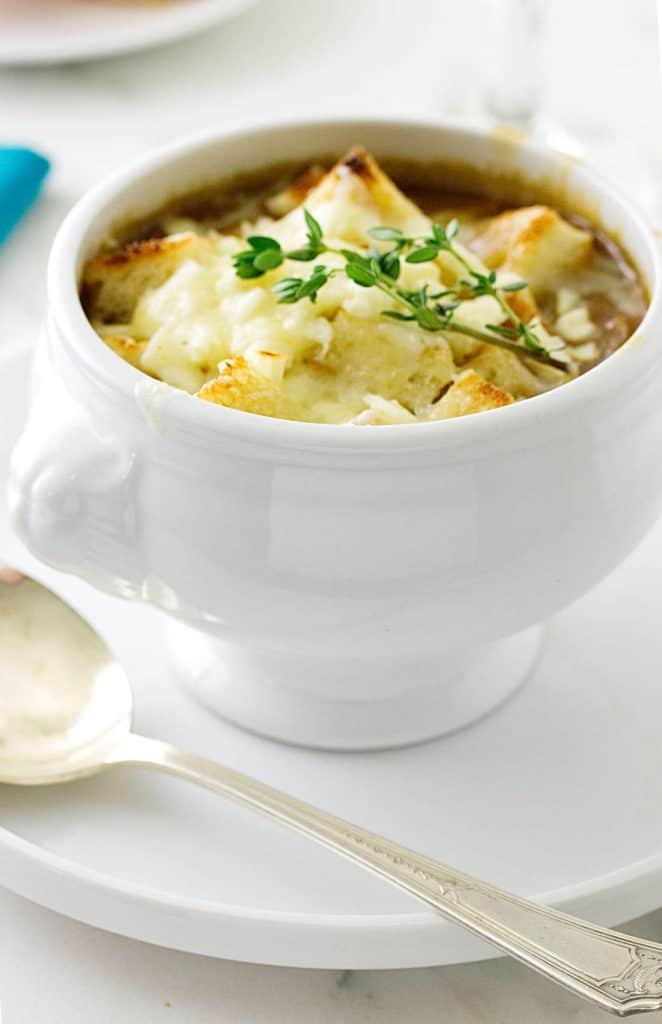 When we lived in the Philippines in 1975, we would take a little trip, as often as possible, to the Northern part of the island Luzon to a mountain resort area named Baguio City.   One of the best restaurants in that little hamlet was a small French restaurant that we loved to go to and they served the most wonderful French Onion Soup.

Baguio was a very popular place for the Americans to visit as there was a U.S. Air Force base there called Camp John Hay and members of the U.S. military and civilian DoD personnel were allowed to use their lodgings.

It was so refreshing to get out of the heat and humidity and to be in the cool of the mountains with tall pine trees and lush green forests.  We would see a variety of orchids that just grew wild on the trees…. and then there was the poinsettias!   They grew on huge bushes that actually were trees.  I am not kidding you, they could be as tall as trees and blooming like crazy.   Somewhere, in all my packed-away boxes I have some photographs of both the orchids and the poinsettias. 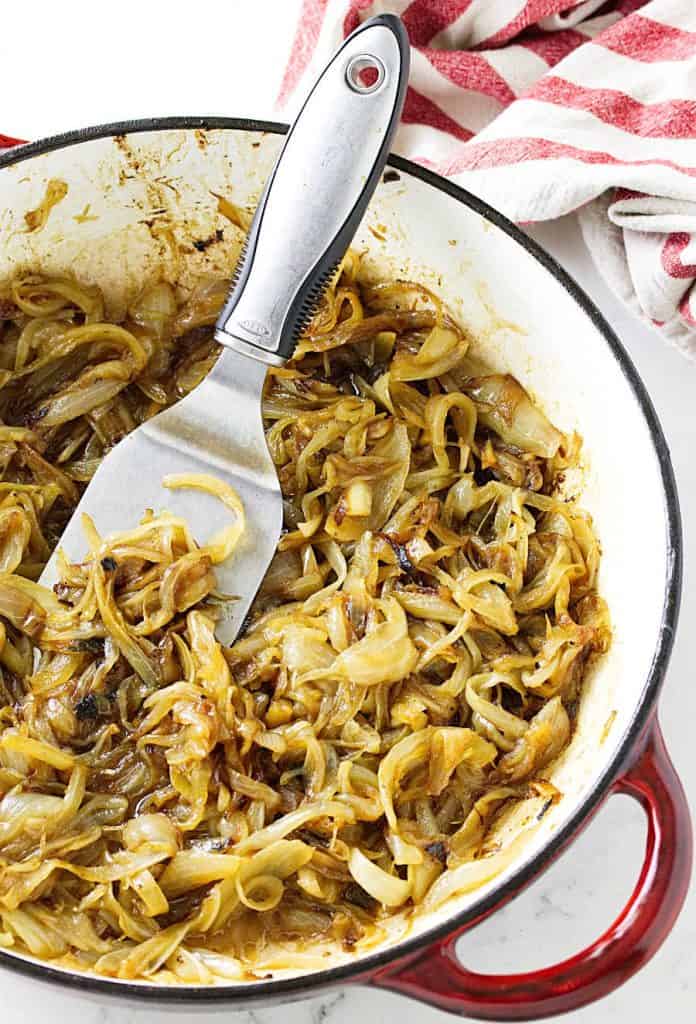 So, back to my French restaurant.   I don’t remember the name and I doubt if it is still there as the area was hit with a violent earthquake.  The earthquake did tremendous damage to the city. ?

The owner of this quaint restaurant was a nice German lady and we would always need to make reservations ahead of time as it was so popular.  It was only a small place but they really did some grand cooking. 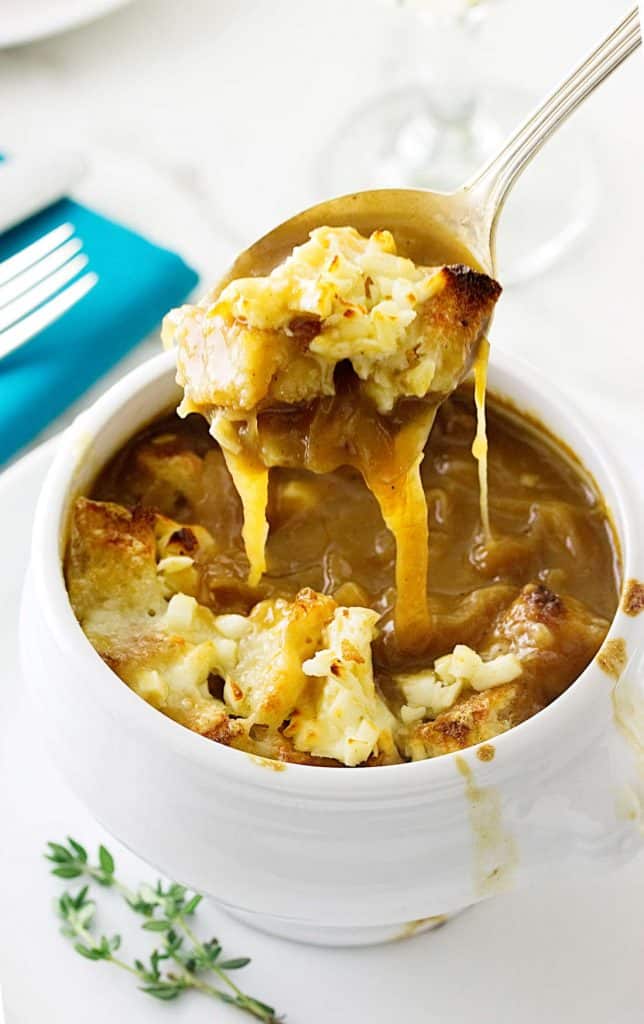 She also served a watercress salad with a vinaigrette dressing that was awesome.   Her French onion soup was thick with caramelized onions and she used chicken stock rather than beef stock and a little white wine.  It was topped off with a drizzle of cognac, toasted french bread and gruyere cheese.

On one of our visits I finally got up enough courage to ask for the recipe and she reluctantly, wrote it down on a small piece of paper.   She just wrote ingredients and brief instructions on a small scrap of paper and it took some experimenting to get it to taste like hers. 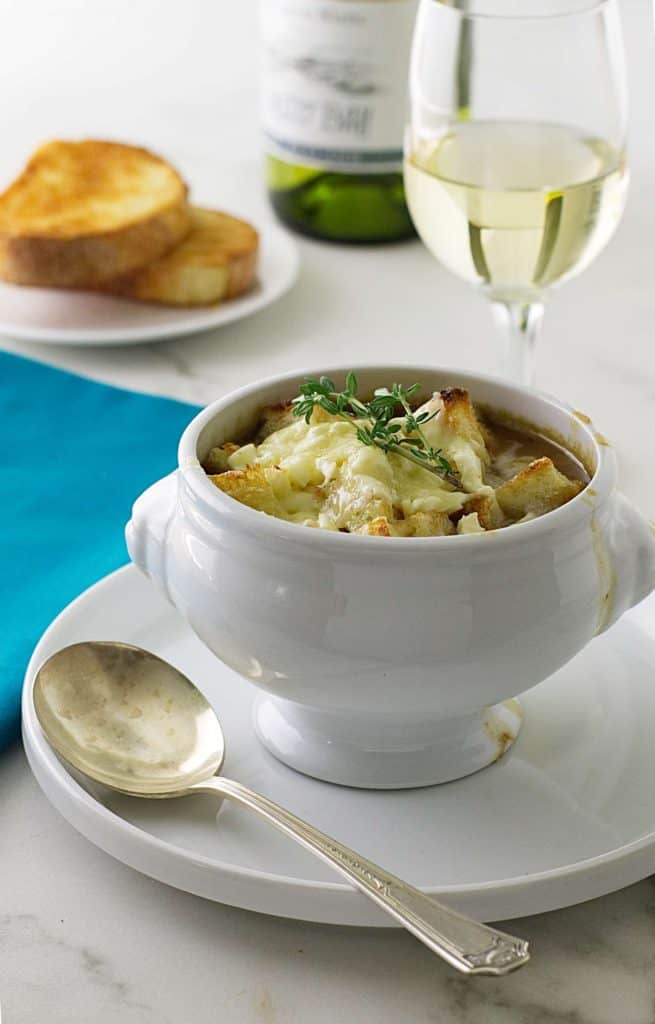 I have been keeping that scrap of paper in my recipe ‘treasure box’ for almost 40 years now.  This is the only French Onion Soup recipe I ever make.  It is soooo good! 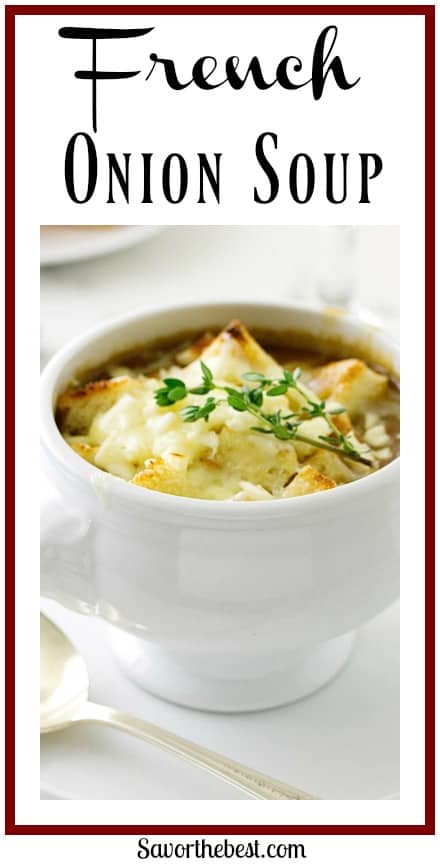 This is a delicious and hearty soup that I often made for my guests. When you get requests to order it again, you know it’s good! Thank you so much for sharing!

Thank you, Mira....This is one of my favorite soups :)

Love this soup! So much flavor. Like how you've topped it, too -- not overloaded with cheese. Really attractive -- thanks.

This sounds lovely and really tasty. Thank you for sharing this.

Thanks for visiting our site, Simon...I hope you try this soup soon. :)

This onion soup looks terrific. It is going on my to do list.

Thanks for visiting our blog spot, David, I hope you visit often. I know you will enjoy this soup. :)

French onion soup is one of my all time favorites. I have never it had it with chicken stock, but it sounds yummy. I got hungry just by looking at your pictures.

Thanks, Dawn....hope you try it with the chicken stock. :)